Five things to know about bitcoin
There have been much interest and news around bitcoin, which saw prices rallying to new highs throug...
/web/common/images/financial-products/fintech/five-facts-bitcoins_s.jpg
youtube
Fintech
Article

Five things to know about bitcoin 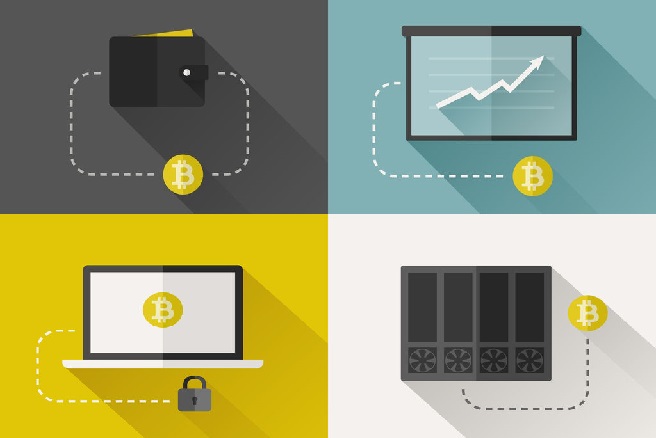 There have been much interest and news around bitcoin, which saw prices rallying to new highs throughout 2017. The price surge and fluctuation is indeed very drastic. However, savvy investors should not just look at the price gains, nor follow the herd to rush to participate in speculation.

Bitcoin is not a currency but a virtual commodity that is not backed by any issuers nor tangible assets. The usage of bitcoin is limited as it is not widely accepted as a means for payment or as a digital currency. Before making any investment decisions, it is important to understand more about the product. These are the five must-knows about bitcoins:

Bitcoin prices fluctuate a lot. For example, when the Chinese government previously declared ICO as an illegal activity, the price of various cryptocurrencies plunged. The price of bitcoin also dropped sharply by 40%, but soon bounced back by 30%. The volatility is akin to a roller-coaster ride. Bitcoin has posted huge gains since the beginning of the year and the risks involved should not be taken lightly.

The opinion on bitcoin is divided. For example, while some on Wall Street have publicly criticized bitcoin as a scam that would eventually go bust, certain investment banks are optimistic about the market. As for the governments, many regulators remind investors of the risks involved in bitcoins, but some countries, such as Japan, accept them.

Bitcoin is a novel FinTech product. One could say it is still in the experimental stage and is constantly evolving. For example, disputes over changes in the protocol rules (forking), which emerged as a result of capacity issue, may lead to the creation of another bitcoin-related cryptocurrency. The first forking had already happened in August this year and the next more controversial one which originally scheduled in mid-November, was suddenly suspended. These forking events may directly affect the price of bitcoin.

4. Security is a major concern

Cyber-attacks resulting in the theft of cryptocurrencies are becoming increasingly common. For example, Mt. Gox, once the world's biggest bitcoin exchange, closed down in 2014 because a huge sum of bitcoins that it held for clients were stolen by hackers. Last year, two exchange platforms that carry out bitcoin transactions in Hong Kong also reported hacker invasion and theft of client assets. Thus, a safer way of handling bitcoins is to keep them in your own digital wallet (i.e. mobile phone apps, computer software or hardware used specifically for saving, collecting and sending out bitcoins), but it is not 100% safe either. Digital wallets can also be attacked by hackers (albeit there is a lower possibility), or they could be infected by a virus. Even forgetting the password could result in a permanent lock-out from using the bitcoins in the wallet.

Furthermore, exchange platforms are set up by private companies which may be unregulated or located overseas. If these platforms cease operations, collapse, or are hacked, investors may face the possible risk of losing their entire investments held on these platforms.

Due to the relative anonymity and the ease of transfer, bitcoins could be used for money laundering and funding terrorist activities, such as arms trade and drug deals, etc.

Bitcoin and other cryptocurrencies are high risk investments and not suitable for everyone. If you are interested in bitcoin, you may first want to ask yourself these three questions:

Without full knowledge of the features, operation mechanisms and risks, you are advised not to follow the herd and participate in speculation. Please seek professional advice if in doubt.